I have recently found that I am enamoured with alphabet bears.  For some reason they are appealing to me.... perhaps because there is another grandiebaby on the way and I am feeling nanaclucky????? 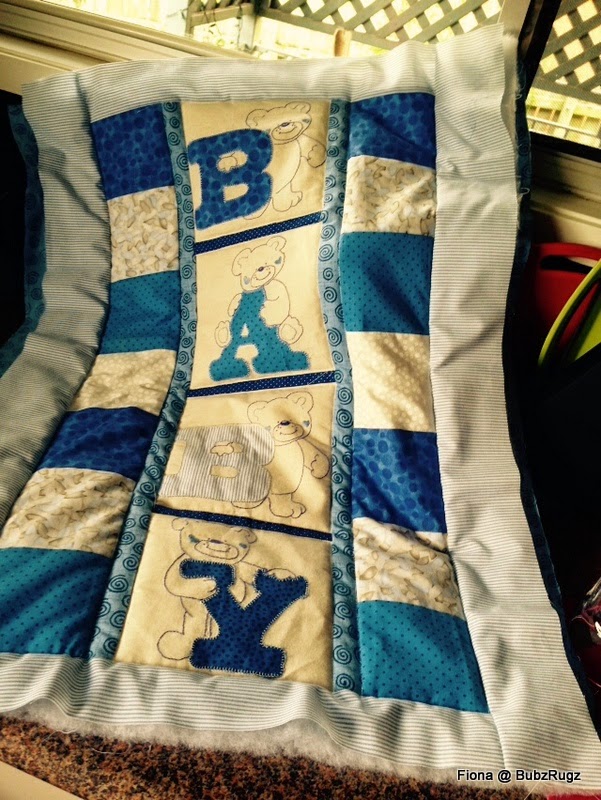 ... she is a clever clogs and generates her own design from bears she found on line HERE..... 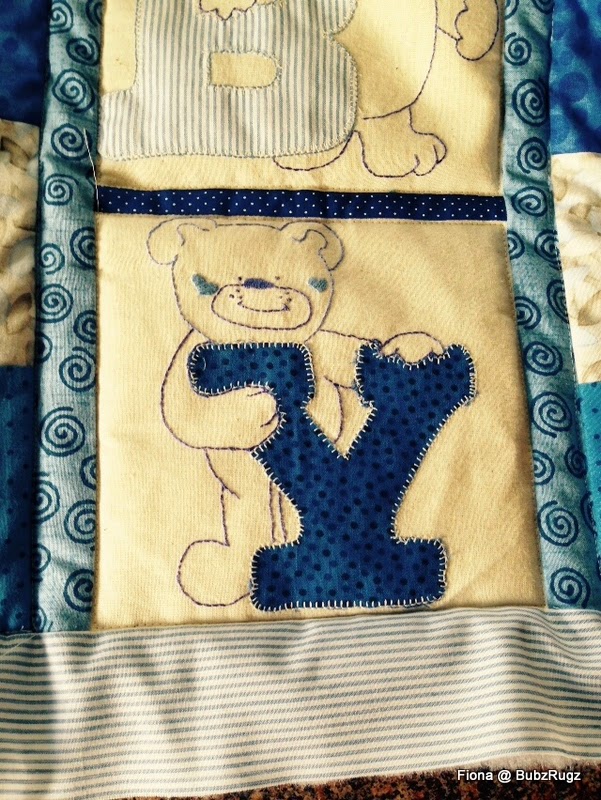 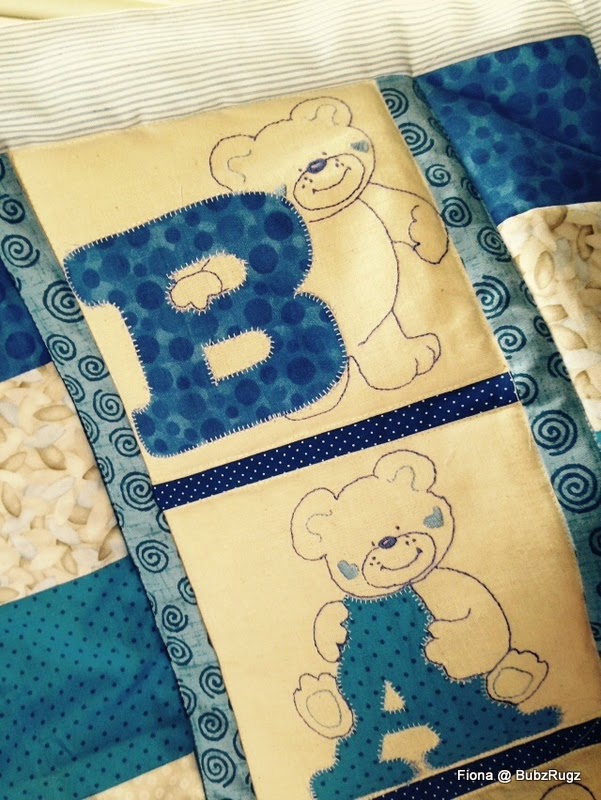 I've been trying to persuade her to do a set and sell them!!!

(thank you Lyn for letting me take pictures and show them off!!)

Anyway... I have been stitching alphabet bears too ... they are going slowly at the moment as I have decided to sew all the bears and then go back and do the other things in the block

but I did get the borders on these blocks .... I think they are working out just how I wanted it to look 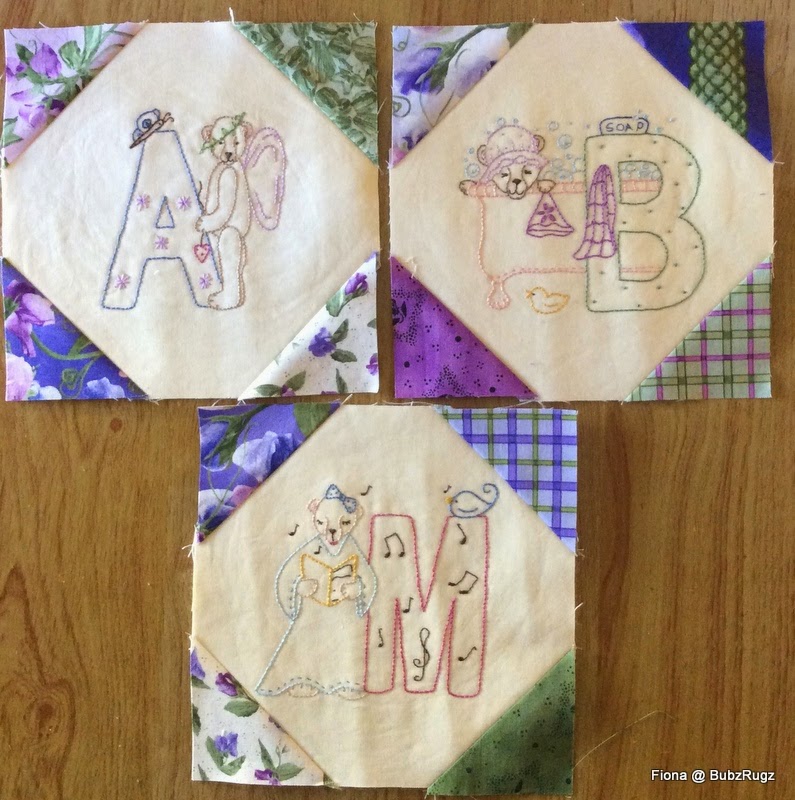 these are from Michelles set of Alphabet Bears ...
and will be part of Terry's snowballs and nine patch scrappy challenge 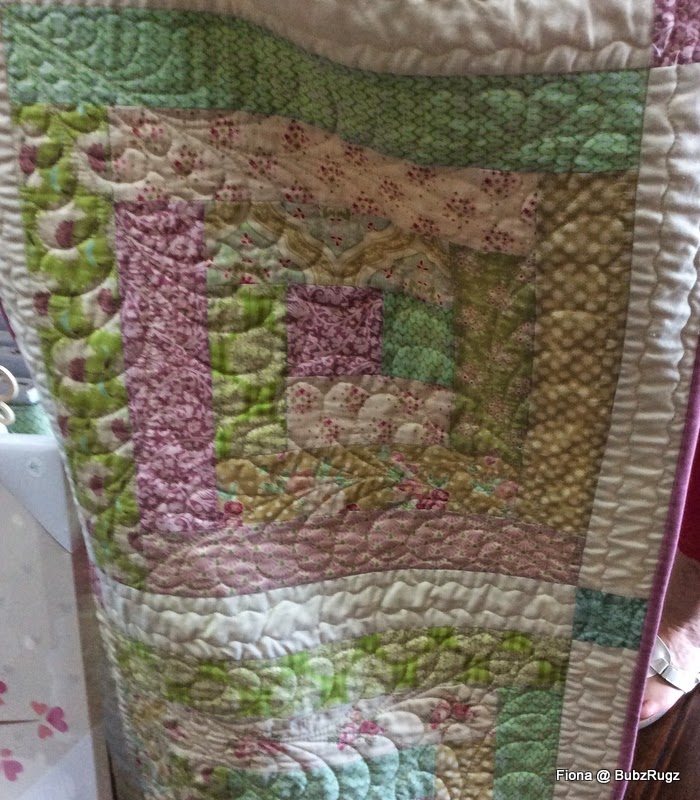 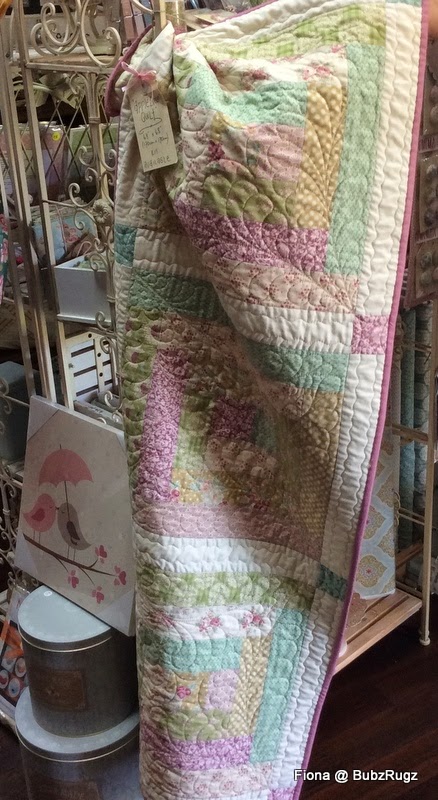 I'm very lucky they let me play with their lovely fabrics

meanwhile there is secret sewing happening.... 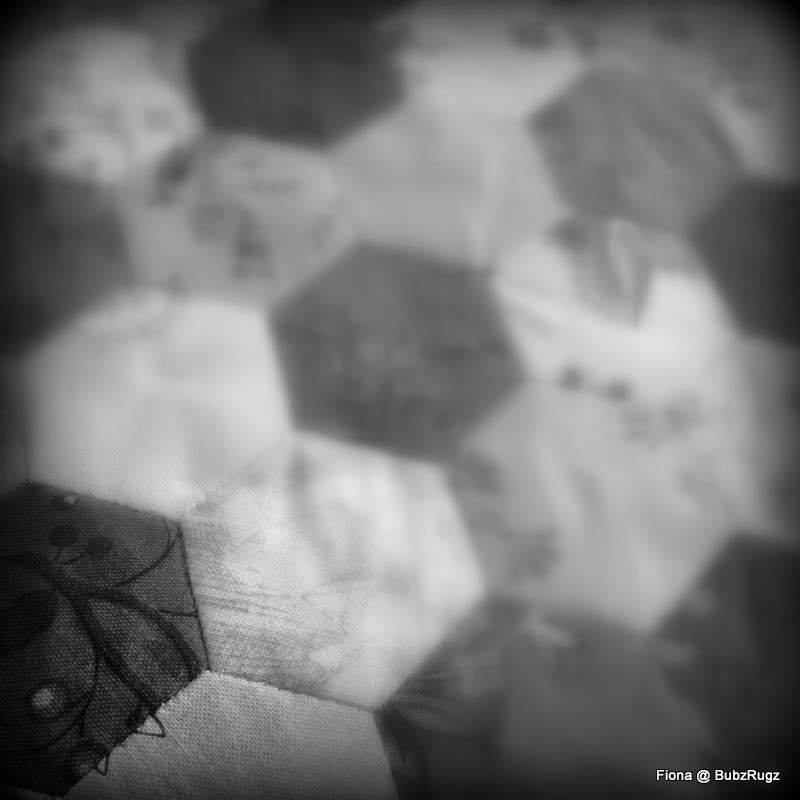 Righto... Gotto Go... I had to reverse sew bunny ears (several times I might add - the trouble is if you decide to make a bundle at once and make a mistake... they are ALL wrong).... so now they are waiting patiently to be stuffed !!! sigh 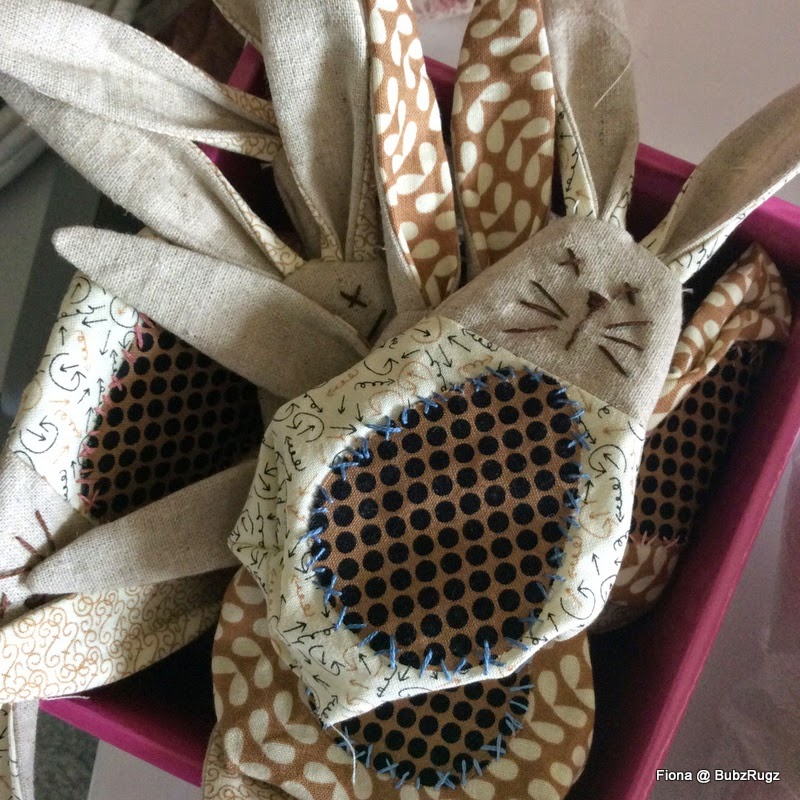 You've been busy! I love both the fabric and the quilting on your Tilda quilt. Yummmyyy.

Hi Fiona love Lyns quilt and also your bear blocks they look so cute,your FMQ is awesome,you are such a clever chicky,and how cute are those bunnies xx

The baby quilt is beautiful! As are your alphabet bears and the quilting on Apple Bloom - well done! The Easter Bunnies are so cute - just as well it's a couple of weeks till Easter! (Last time I checked anyway!)

Those are beautiful baby quilts and such a fun design.
I worked on some rabbits today, as usual I cannot follow a pattern, lol.

Your alphabet bears go beautifully with their pretty fabrics, and your friend's bears are cute and a little different to others out there! Your quilting is just gorgeous......puts mine to shame......just as well Easter bunnies still have a couple of weeks until they are needed.

What a lovely quilt, there is something comforting about bears

lots of lovely alphabet bears in your post, great news about another grand baby!
can't wait to see your hexie project, they do seem to be featuring in a few posts?
your bunnies are so cute, happy stuffing!

Your friend's quilt is lovely!!
And your embroidered blocks are looking gorgeous, too. Smart more to work on each block and great colours.
Your have been busy with your quilting. That sample looks lovely!
Great work on the bunnies. i need to catch up!

Love all your stitching! Quilting is gorgeous! Poor bunnies having to be reversed sewn..ouch!

Love your friends very sweet baby quilt and what a great idea using Michelle's gorgeous bears in the snowball blocks.

Lovely pictures Fiona. The log cabin with your quilting is gorgeous, such pretty soft colours.

Gorgeous colours in that quilt - as is your quilting! - and I love the bears. xx

Congratulations Fiona on your new impendibg Grandbaby!
Lovely quilt and I so love your quilting!

How exciting to be having another grand baby coming! Your alphabet bears are going to make a stunning snowball/9patch quilt...
Beautiful quilting and the Easter Bunnies look like fun.

Lots of lovely sewing! I agree that Lynn should publish her bears - they are really cute. As are your bunnies, even if they were frustrating.

You've been very busy Fiona. Lyn's bears are gorgeous. Your rabbits will be so cute once they're finished.

Love all the bears - Michelle's pattern, and the lovely ones from Lyn, yes she should be designing and selling patterns! Cute cute little bunnies, Fiona....

That alphabet bear quilt is very quilty. Love it. Hmmm, that is a sneaky way of showing some secret sewing. Looks good even in blurry black and white. Those bunnies are sooooooooo cute! Love 'em. Well worth all that reverse sewing. Your feather quilting is lovely. I really admire machine quilters. 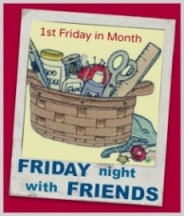 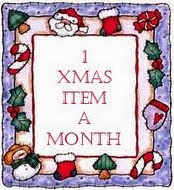 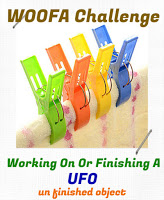